It’s a special, anniversary occasion as this is the show that launched Leading Ladies in 2011. Three years down the line, with three fantastic sponsors, a group of core members, and a growing list of over 100 participating companies, Leading Ladies has become one of the most popular (and glamorous) networks of its kind in the city.

We still aim to mix business with show business, offering networking that is original and fun. Our unique calendar of events helps guests to develop valuable cross-sector business relationships and provide an innovative setting in which to entertain clients.  And we love to profile local businesses through our prize draw.

Since its launch Leading Ladies has raised nearly £30,000.  This funding  has contributed to the  successful  £1m Stage Appeal, the fabulous Curtain Raiser project with Matthew Bourne’s New Adventures Company and  the Relaxed Performance at pantomime.  The money has also helped  benefit people of all ages, who would not normally experience live theatre, through our Hippodrome Plus projects.

When I see the reaction on our guests’ faces to the surprise cast appearance, hear the gasp when they realise that the table decorations are actually edible, swing brollies, wear sparkly trilbies or snaffle popcorn, I know that the showbiz nerves are all worthwhile! Confused?  Take a look at our Gallery of Images

Our event at Top Hat will be no exception.  BBC presenter Joanne Malin has kindly agreed to return to host the evening.  I’m just wondering if she will be swept off her feet again like the last time this show came to town ……..!

Lastly I want to take this opportunity of thanking each and every Leading Lady for their generous support over the years – you really do make a difference.

Pictures below from the recent Edward Scissorhands Leading Ladies event attended by dancers from the production.

Time is ticking away and we are getting ever closer to this year’s Big Give Christmas Challenge when you can help someone see a special Pantomime performance… oh yes you can! 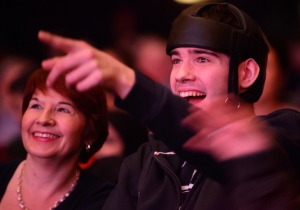 Last year, for the first time, we adapted one performance of Snow White and the Seven Dwarfs so that it was suitable for anyone on the autism spectrum, with learning disabilities, or with a sensory and communication disorder.

It was our first ‘relaxed performance’ and it went down brilliantly.

Special technical adaptations to the performance were made (such as reduced sound levels and lighting adjustments, plus some adapted special effects); soft play and breakout spaces were kitted out for patrons to relax in before or during the show (this was particularly important for many young patrons visiting us for the first time); extra training and support was arranged for our front of house team; and, with some special needs teenagers, we created a short preview film for patrons to see exactly what was in store. Ticket prices were also heavily discounted.

As an unsubsidised charity ourselves, we were only able to achieve all this through the generous help of supporters like you who contributed donations as part of The Big Give.

The feedback from last year’s visitors about what the staging of this special relaxed performance meant to them was inspirational:

“Thank you for thinking so much about being an all-inclusive venue – it really matters!! Probably more than you will ever realise.”

“I thought it was brilliant. Just brilliant. I’ve waited 9 years to be able to take my autistic daughter to the theatre and for her to enjoy it.”

This year for Jack and the Beanstalk, we have set ourselves the ‘gigantic’ target of raising a total of £24,000 to make our relaxed performance on 29 Jan 2015 even bigger and better than last year. Already grant-making trusts have donated nearly £6,500. But we still need to raise £6,000 in online donations in December, which will then be doubled.

It’s so simple: From 10am on Thurs 4 December, Fri 5 December and Sat 6 December your donation could be doubled via the Big Give Christmas Challenge, just visit www.birminghamhippodrome.com/biggive

Only with your help will all this be achievable. So please put those December dates in your calendar, keep your eyes peeled for our blogs, emails and reminder tweets in the coming weeks; and spread the word with friends and family.

The countdown continues…….
The Big Give was founded in October 2007 and enables donors to support their favourite charitable projects. Since its launch, The Big Give has raised over £50 million, with the majority of this raised through Challenge Funding, where donations made on the specific dates are doubled. Last year the campaign raised over £11 million for 387 participating charities.

Over the next five days this huge undertaking will see over 250 cast members, crew and orchestra, all of whom have flown over from St. Petersburg, take to the Hippodrome stage.

The huge sets for this rare event have taken over the theatre, even requiring a special marquee on the back scenic dock to hold an overflow of gigantic statues and relics used in the production. 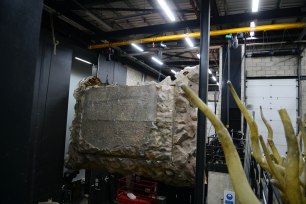 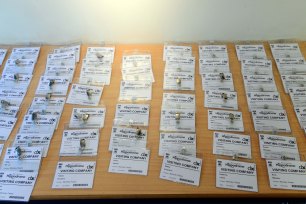 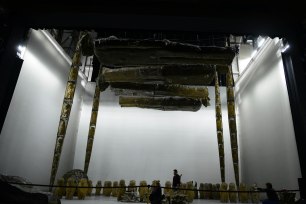