Did you know that the National Theatre’s production of One Man, Two Guvnors has now been seen by over 1 million people worldwide? Well, now is your chance to see the global hit as it arrives here at Birmingham Hippodrome this May…and we are very excited to bring you details of the excellent cast fresh off the press.

Gavin Spokes is currently playing Parsons in the Almeida/Headlong production of 1984 which is just about to transfer to the West End and his previous NT work includes playing Francis in the West End production of One Man, Two Guvnors. Shaun Williamson, who is probably best known for his role in Eastenders, has also made TV appearances in Extras and Life’s Too Short for Ricky Gervais and Stephen Merchant, New Tricks, The Secret Policeman’s Ball, and Bremner, Bird and Fortune. His stage work includes The Ladykillers for Fiery Angel. Emma Barton is well known to TV viewers for her role as Honey Mitchell in Eastenders, a role she played for three years.

We can’t wait for the show to arrive, get ready for the belly laughs! Click here for more info and tickets. 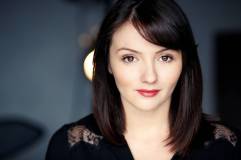