A host of fairytale characters are coming to life in a secret rehearsal room not so far, far away…

The big, bright and beautiful UK tour of Shrek – the Musical opens tomorrow night in Leeds, and we thought we would bring you a sneaky few shots from the rehearsal room ahead of opening night… 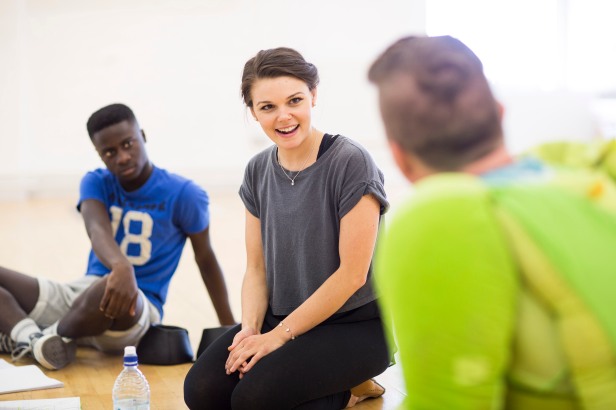 A couple of weeks ago I took a trip down to the big smoke along with a journalist from the local media to take a peek at rehearsals for One Man, Two Guvnors. 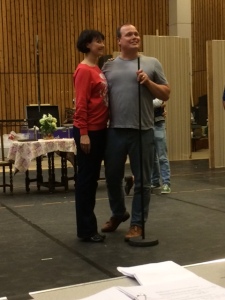 The National Theatre, sitting pretty on London’s Southbank, is a gargantuan building made up of a jigsaw of concrete blocks that rise high at the side of the Thames just a short walk down from landmarks such as the London Eye and the Houses of Parliament. As you proceed through Stage Door (where the likes of Dame Judi Dench, Laurence Olivier, Sir Ian McKellen, John Gielgud and Maggie Smith have checked in and out of this famous building) the place opens up into a labyrinth of corridors and rehearsal rooms where creatives beaver away creating the theatre of the future.

We headed into Rehearsal Room 1, where the cast were assembled for another day of practise, starting with a tongue-twisting vocal warm up. Shortly after a few interviews, they cracked on with the precise timing and blocking that a comic production requires, each move timed to the exact millisecond.

This fantastic cast includes Shaun Williamson, who you will probably know as Barry from Eastenders, Emma Barton, who is also a recognisable face from Albert Square, and Gavin Spokes who played the central role of Francis Henshall in the West End.

Our National Theatre creates Drama and Theatre at it’s best, and One Man, Two Guvnors is a prime example of some of it’s best output in recent years. Take my word for it and don’t miss it here in Birmingham, your tummy will be aching from the belly laughs for a long while after…click here for more info and tickets.

Take a look at the gallery below for rehearsal shots: 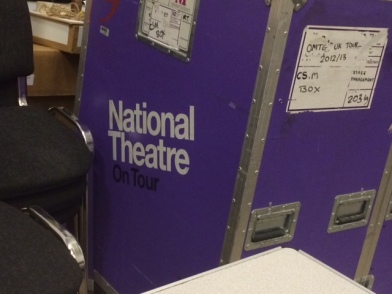 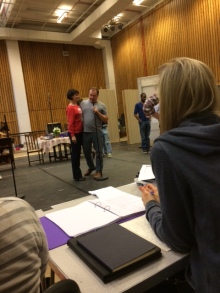 Rehearsals for Britain’s biggest Pantomime are now in full swing…oh yes they are…and last week myself and Mandy from the Press Office headed down to the rehearsal space in London with a coach full of media where our star-studded cast are hard at work putting the show together.

The whole of the cast and creative team will be down in the big smoke rehearsing before they join us up in Birmingham next week as the magnificent set is constructed on stage and the production moves in to technical rehearsal.

Upon arrival we were treated to a few exclusive scenes from the performance including a show-stopping production number from John Partridge, a dramatic scene from Stephanie Beacham and Gok Wan and a hilarious preview from Danielle Hope and Paul Zerdin.

Following on, the group then split for individual interviews with members of the media – look out for coming reports in the next few days on the TV, Radio, Online and newspapers.

Heather Kincaid, one of Birmingham Hippodrome’s First Night Bloggers also came along with us and interviewed the stars of the show – click here to read her report on the day.

As an extra little treat for you we have a selection of snaps taken from our day below – don’t forget to click here for more info on the show and to book your tickets. 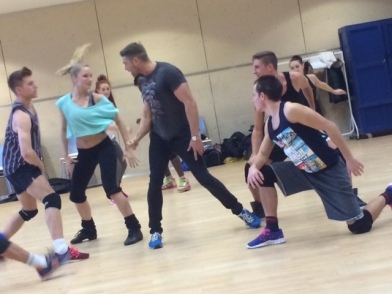 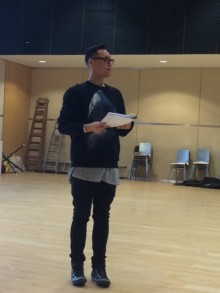